Cataracts have traditionally been an eye disease associated with elderly patients. However, optometrists and eye surgeons have seen an increase in younger patients being treated for cataracts. 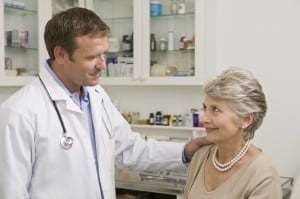 Medical director of Liberty Laser Eye Center, Nancy A. Tanchel, M.D., has observed the same phenomenon. However, the answer to this riddle may be simple: Baby Boomers are more likely to seek medical treatment sooner than their parents’ generation, technology has improved, and the laser surgery treatments available are more advanced and comfortable than ever before.

“A few decades ago, cataracts were something we rarely treated in a patient who was under 65,” Tanchel said. “As we get older, some of the protein in our lenses may clump together and start to cloud a small area of the lens. This is a cataract. Younger patients could potentially have cataracts due to underlying health problems such as diabetes or if they had suffered a trauma.”

However, eye surgeons see a lot of Baby Boomers getting laser surgery to address cataracts these days.

“This generation is just a lot more aware of health issues, and is more likely to share early concerns with their primary care provider or eye doctor. Baby Boomers are also less afraid of technology used for laser eye surgery,” Tanchel said. “And they are right. Eye surgery has never been safer.”

Cataracts are cloudy areas in the eye’s lens. Cataracts occur when certain proteins in the lens form into abnormal clumps. These clumps gradually enlarge and interfere with vision by distorting or blocking the passage of light through the lens.

Tanchel said that cataracts continue to be a very common issue for people in the United States. Cataracts are the world’s leading cause of blindness, accounting for approximately 42 percent of all cases of blindness globally.

“Cataracts continue to be more prevalent in older people,” she said. “By age 80, more than half of all Americans either have a cataract or have had cataract surgery.”

In the United States, most cataracts are considered age-related, affecting more than half of all Americans older than 65 to some degree. Although the exact cause of age-related cataracts is still being investigated, some scientists suspect that the disorder is linked to chemical changes affecting a class of eye proteins called alpha-crystalline.

While cataract is considered a disease that comes with age, people should still do their share to protect their eyes.

“There isn’t a good way to prevent age-related cataracts at this point,” she said. “As with many other side effects of aging, we can try to treat our bodies kindly, eat healthy, and reduce risk factors such as smoking.”

Especially those who have other health challenges or fall into specific risk groups should take extra steps to protect their eyes.

“High-risk groups include diabetes patients, asthmatics on steroid medicines, patients with high blood pressure and patients who suffer from severe short-sightedness, have a family history of cataracts or have suffered from trauma to the eye,” Tanchel said. “Heavy drinking and smoking also raise the risk, as does exposure to ultra-violet radiation from the sun.”

In very rare cases, younger people can have cataracts.

“Some children – but that’s very rare – are born with cataracts. It’s called congenital cataracts, and these patients are born with it or develop symptoms during childhood, sometimes as a result of the mother having contracted an infection during pregnancy,” Tanchel said.

Cataract surgery improves the vision of about 95 percent of patients who have it. The condition can be corrected manually, with or without laser surgery, usually as an outpatient.